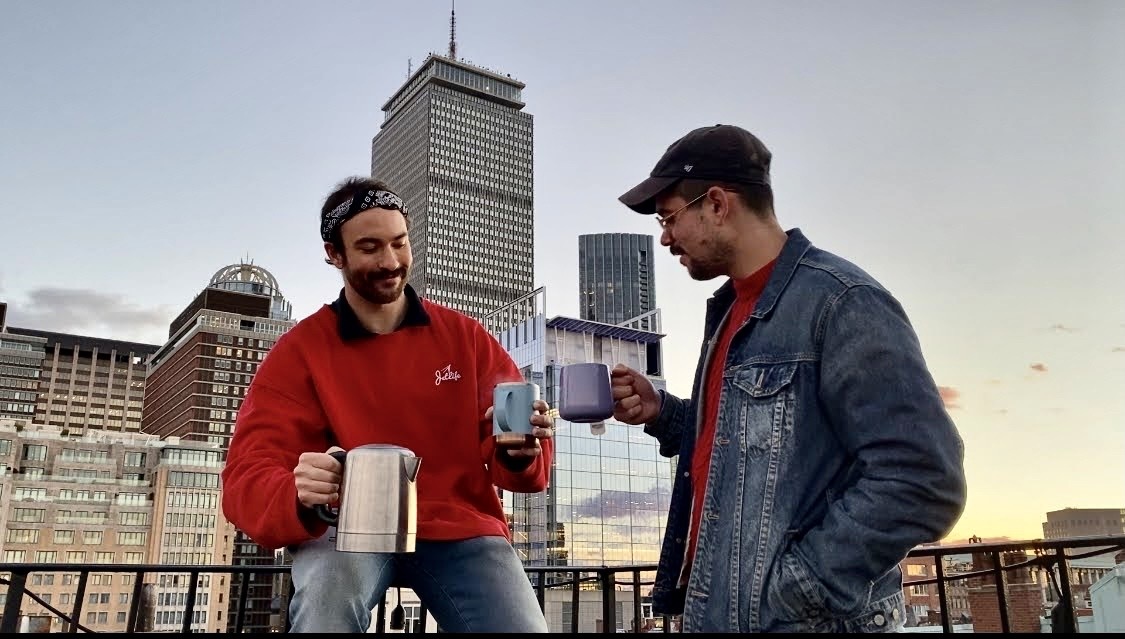 Common Vice is the newest self-titled album to come out of my new band, Common Vice. The group was created when I began playing music in my freshman year dorm hall with Adrian Duffey, who is a talented pianist. Like Austin, we did all the mixing through Reaper and all the recording in our bedroom. The projects had a lot of tracks and effects involved in each piece - here’s a screencap of summer of nonstop music:

Common Vice combines influences from indie rock, jazz, hip hop, and pop to make a central sound using traditional rock and jazz instruments. No two songs sound the same, and you can hear the vast differences when listening to tracks like the folk-rock glacier next to the progressive rock anthem father’s temper.

Our final cover, designed by Shantala Mehta, shows the main overarching story of the project. A house party filled to the brim gets closely examined, and we follow the haunted souls of the house searching for a good time and a drink. Some alternative covers were made as well in the process of designing the final product:

I hope you enjoy the final product below!

Common Vice was created in the freshman dorm halls of Northeastern University, where Adrian Duffey (keys, horn, vocals) and Dan Peluso (guitar, vocals, rhythm) first began playing together in 2018. During Quarantine the two learned to mix and record their own instrumentals, and spent nearly all their time mixing their debut album, ‘Common Vice’. The resulting sound aims to expose the many follies of a drunken night in the city. Using heavy bass, synth layering, and skits, the album is a creative blend of genres.