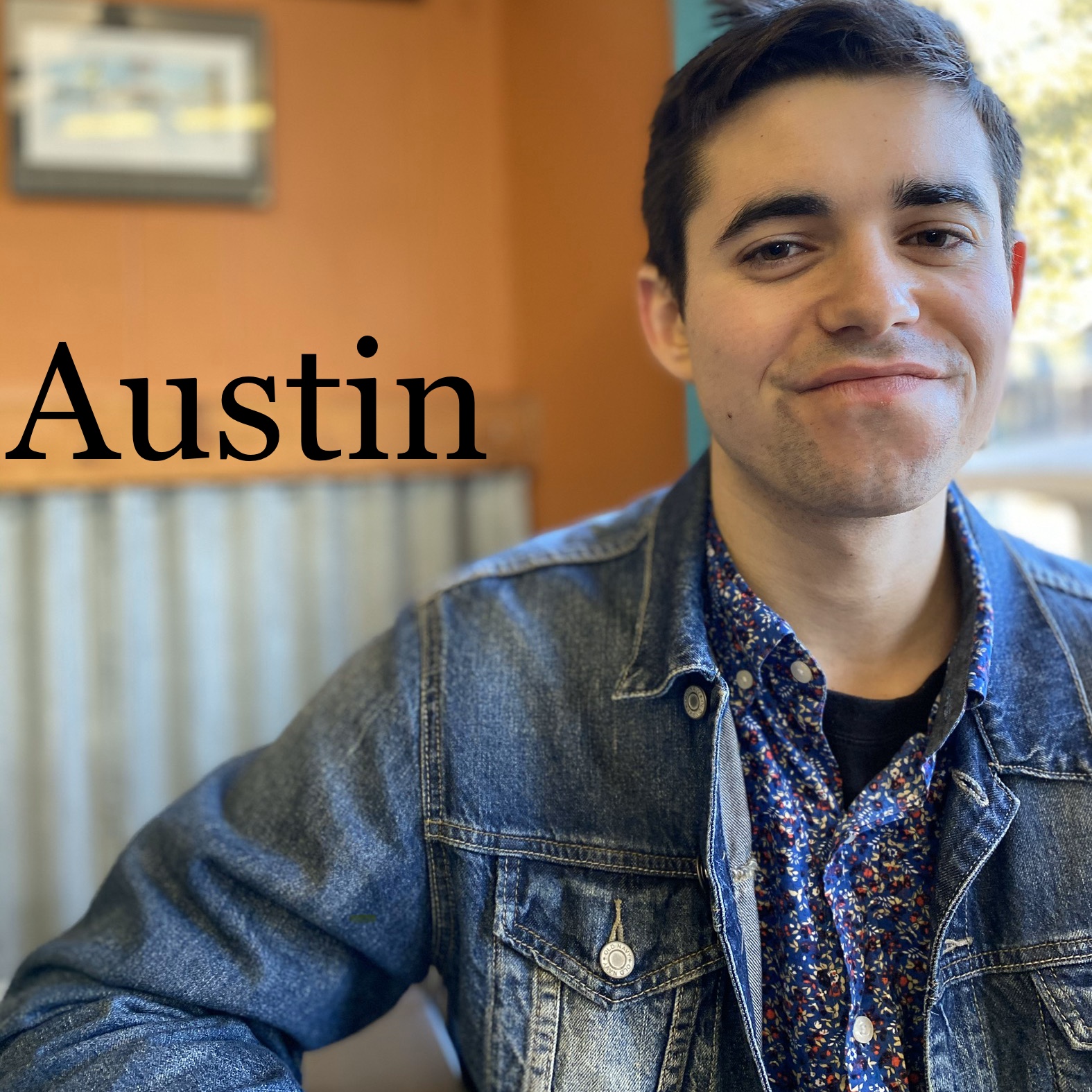 This spring, my buddy and I decided to fly out to Austin, Texas for a weekend with the intention of writing lyrics and finding inspiration for a new project. Over the course of 3 nights we explored the city by foot and bus with notebooks in hand. Austin is a beautiful city, and served as the backdrop for a record about relationships, feeling stuck in life, and dancing with sin.

My first project, Mature, was written by myself, but fully produced and mastered by my friend Chuck Stein. For this project, I wanted to learn the recording and producing process myself. I used Reaper as my main software along with a Scarlett 2i2 audio interface, Novation Launchkey 25 midi, and various microphones borrowed from friends and family. My main electric guitar is my trusty Fender Stratocaster with a rosewood fretboard for a smooth backing sound. The entirety of the project was recorded in my bedroom, and thanks to the national pandemic calling for everybody to stay home and practice social distancing, I have been able to spend a lot of time in the studio.

Wreck is the first single off of Austin. This one is about apathy, and how sometimes self discovery can lead nowhere. This was recorded with a very noisy cat in the room, and if you listen closely enough you can hear some aggressive meowing in the background.

Morning Breath is the second single from Austin. This one is about the social scene among late teens. The first half of the song is the perspective of someone wanting to break from the life, and the second half / outro is the falling back into it. Even when you know the fun isn’t as good as it seemed to be, you still fall back into the cycle of trying to make it.

6th street is the third and final single from Austin. This is a short track inspired by the shenanigans of bar hopping on 6th street on a Saturday night. I thought of this one after getting made fun of by a UT Austin girl at a Whattaburger for wearing socks and Chaco sandals. The middle of the song has a transition into a heavier rock based piece, whereas the beginning is a more chill melodic piece. This single was released on SoundCloud only, check it out below!

To share progress with friends and family, I put together an early demo of the whole album including some skits I plan to add to the final cut. The project is just around a half hour, and was not mastered or mixed to a release level. Many of the songs from this have been altered in some way since putting this together, but I figured if someone wanted to hear my creative process this would be here for them.